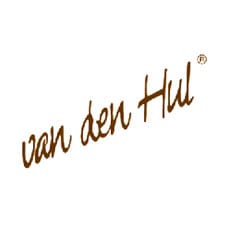 The ORCHID is our first audio interconnect cable to employ our newly developed “Tunnel Technology”: a clever combination of physical concepts which oppose the signal level and frequency dependent behaviour of electrical signal transfer in cables.
Our Tunnel Technology’s underlying philosophy is that the longer the distance of – and the better – the path is along which the signal carrying electrons and their related electromagnetic waves can flow unimpededly in an audio cable, the less disturbances the signal and sound will undergo.

As the result of its applied Tunnel Technology, its high quality materials and its meticulous manufacture, The ORCHID provides an exceptional dynamic range and frequency response. The ORCHID furthermore is characterised by its impeccable preservation of resolution, ambience and definition, its unbelievable reproduction of space and distance as well as its extremely natural, open and nonfatiguing sound. An excellent choice for the demanding audiophile!

The anatomy of a flower:
The ORCHID is a slim but very robust, 2.9 mm diameter, three conductor (balanced) interconnect equipped with a solid core centre conductor designed for maximum sonic performance. (The cable’s construction ensures that the core is virtually unbreakable).